I would love to see live action versions of Mr X's comic strips from dangerbabe, with full dialogue and everything. Wonder what others thing? Its hard to find anything that lives up to that level of kinkiness lol
Top

SHC had Vanessa Harding as Ms Americana. I would imagine the sets and props and monsters would be expensive. I did want to find someone to play Green Specter. I always though Christina Carter would do good with that role.
http://www.dangerbabecentral.com 100% Mr. X
Twitter https://twitter.com/mrxdbc
Deviant Art http://mrxdbc.deviantart.com/
Top

Carter?? she is pretty,, no question there and the bondage would be a no brainer for her,,,but she doesn't "do" what green spectre does or has done to her I should say, and that would just be a total disappointment, although I totally agree with drvoodoo a live action (if you could get someone to live up to the art) would be awesome, I did always like the short poser movies MR X made way back when, never enough of those, the orgasma beam was amazing,,, and I even play the game still every now and then,,,so cool! :P
Top

I was thinking along the lines of someone taking one of the comics and doing a literal translation into live action. Theres a whole ton of great material, and I find that Mr X ticks all the boxes in the superheroine fetish area.

That would be hugely difficult. Lots of props. I could see Giga doing something kind of goofy. But nothing on that scale.
http://www.dangerbabecentral.com 100% Mr. X
Twitter https://twitter.com/mrxdbc
Deviant Art http://mrxdbc.deviantart.com/
Top

To me, a 3D animated video version would be cool. Though, even with a team of 3D artists, that would be quite an undertaking.

It depends on which story, or maybe the characters and elements can be taken and adapted. Dont see why not. Great job on shooby doo lol, so are we going to see more wonder woman and other established superheroines now?
Top 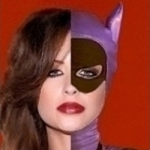 It would probably be difficult to find an outlet for something so hardcore in live action. Just look at the problems Damien Woods has selling the Uninvited video these days.
"A brass unicorn has been catapulted across a London street and impaled an eminent surgeon. Words fail me, gentlemen."
Top

It's criminal that one of most popular and most desired Superheroines created specifically by someone in our genre, has had 1 live action movie, 14 years ago. And 1 live action photo story 7 or 8 years ago.

I know Mr. X no longer has the facilities to do movies the ol' shc/dbc way. But what if X licensed the character to one of our best directors and fans crowd sourced the budget? Maybe we couldn't have full hardcore, but I mean, Ms. Americana, portrayed by a tall, voluptuous brunette, with cool fighting scenes, sexy peril, bondage, humiliation.

Mr. X wrote:SHC had Vanessa Harding as Ms Americana. I would imagine the sets and props and monsters would be expensive. I did want to find someone to play Green Specter. I always though Christina Carter would do good with that role.

The Vanessa Harding Ms Americana set is still one of the best ever.
Top

you would have to have a really daring set of individuals to take MR X's stories and try to do them justice in live action,,,i mean none of his stuff is impossible to recreate,,,except maybe the plant stuff (CGI) but one, the talent to act it all out, two, the director to keep it all on track, three, the producer to figure out the logistics and four where and how to distribute it, clips4sale would be right out they would FREAK!!

but every single person, with very few exceptions , interested in this genre would JUMP at a chance to see X's work in live action and the word of mouth would then double or triple the return and fan base,>>>>>>IF<<<<< the final product was as close to the original source material as possible,,,half ass it or make it just bondage or yadayada and you will only get a few die hards or the ones it specifically interests. I think that why X's art works and succeeds they way it does. one single story pretty much covers the gambit of the fetish, as said above, X checks all the blocks
Top

If I did a live action it would be similar to the Kim Li movie I did. would be spend to put some latex tentacles together.
http://www.dangerbabecentral.com 100% Mr. X
Twitter https://twitter.com/mrxdbc
Deviant Art http://mrxdbc.deviantart.com/
Top 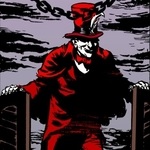 A live-action version would almost certainly have to stick with the "street" elements (supervillains, henchmen, pimps) while leaving the more sci-fi stuff out, so naturally, I'm all for it!

(No offense, but I find most of the monster/giant-animal sex in Mr. X's works very off-putting.)
Wherein I review every episode of the Adam West show to feature Batgirl. Now with Catwoman and Wonder Woman versions!
Top

the giant rapey mutant reindeer in the GS christmas short didnt do it for you???

yes what a classic!

One thing about Mr X's comics are the great dialogue, theres nothing like it in the genre. I feel he gets across humour, comedy and parody combined with the sassiness and cocky attitude of the heroine which makes it even more satisfying when she is defeated.

And what art work, the best artist in the genre. I loved the Ms Americana video game, and the voice actress, who was she btw? Really brought out the dialogue well, I still think it could work as live action, with full dialogue but minus the mutants, monsters and anything that would require big budget CGI effects lol
Top

drvoodoo wrote: And what art work, the best artist in the genre. I loved the Ms Americana video game, and the voice actress, who was she btw? Really brought out the dialogue well, I still think it could work as live action, with full dialogue but minus the mutants, monsters and anything that would require big budget CGI effects lol

Oh she was one of the models we used at SHC. Played Scorpion at one point, not the russian girl but another one. Very girlish voice. Makes you melt. She's out of the biz now. So one day I just sat down with her and had her say a bunch of heroic stuff.
http://www.dangerbabecentral.com 100% Mr. X
Twitter https://twitter.com/mrxdbc
Deviant Art http://mrxdbc.deviantart.com/
Top

I'd be down for something like this. Maybe Mr. X would even want to venture down to the studio and direct

We have no shortage of models and actresses here, that's for sure

MightyHypnotic @hyponlinemedia wrote:I'd be down for something like this. Maybe Mr. X would even want to venture down to the studio and direct

We have no shortage of models and actresses here, that's for sure

Might be tempting. But I'm not sure what special thing I'd bring to the table as a live action. The videos I made already are an example of what I would do... maybe 50% more reserved. Sounds tempting though. I've got some big upheavals in Jan but when those settle down I may consider a partnership.
http://www.dangerbabecentral.com 100% Mr. X
Twitter https://twitter.com/mrxdbc
Deviant Art http://mrxdbc.deviantart.com/
Top

hell, if you're busy, ill write the script for free (with permission), you have enough material from your great comics!

I can see the mutant reindeers making an appearance, we could hire the now defunct Jim Henson workshop or do a papier mache job lol.

Seriously though, certain villains and scenarios are doable. The closest I have seen to a Mr X comic in look and feel has to be hypnotics world, Christina carters and Randy Moore's work and maybe defeated heroines.
Top

well it sounds like there are several people with their wheels turning,,,sounds promising,,, but seriously, don't wuss out and make it pg-13 this isn't a genre for pansies :P

the voice for the game made it that much better for sure, that and the art was right up there with X's stories totally cool.

I lose just to see the end, what a big tentacle you have :P

have a great holiday all!!! happy, safe and full of friends and family
Top

yeh its great listening to the actresses voice, goes well with the amazing animation. Wish there were more levels and some bosses. No doubt that would take a lot of effort.
Top
21 posts • Page 1 of 1