"Did you see Crocodile Woman?! She looked amazing!" Bobby exclaimed to Barbara as the two walked in the front door to Cesspool Industries' officeres and toward the guards manning the front desk. "She's my favorite superhero I wish I could have got her autograph or a picture with her." "She's ok but there are other superheroes who are better." Barbara replied acting. "You just like her for her looks and her costume."

"Oh yeah who's better?!? name one!" Bobby said. "Excuse me? Can I help you two?" one of the guards asked annoyed at the two kids arguing in front of the desk.

"Sorry my brother is obsessed with Crocodile Woman, he won't stop talking about her. We saw her at the charity event and he just keeps going on and on about her, he thinks Crocodile woman is the greatest superhero ever." Barbara said. "Yes I can tell, but why are you here?" The Guard asked his tone sounding more frustrated.

"Oh sorry, we are the Darwins, he's Bobby and I'm Barbara, our mom Terri talked to Mr Sludge about a donation to our foundation to help the park and the animals and we are here to pick it up." Barbara explained. The two guards looked at each oth er. " Well. Mr Sludge is a busy man" said one guard. "You can't see him without an appointment" said the second guard.

As Bobby and Barbara kept the guards in conversation, they did not notice Crocodile Woman making her way on to the premises of Cesspool Industries, making her way past the outer security systems.

Read on... ONLY in HIPcomix.com 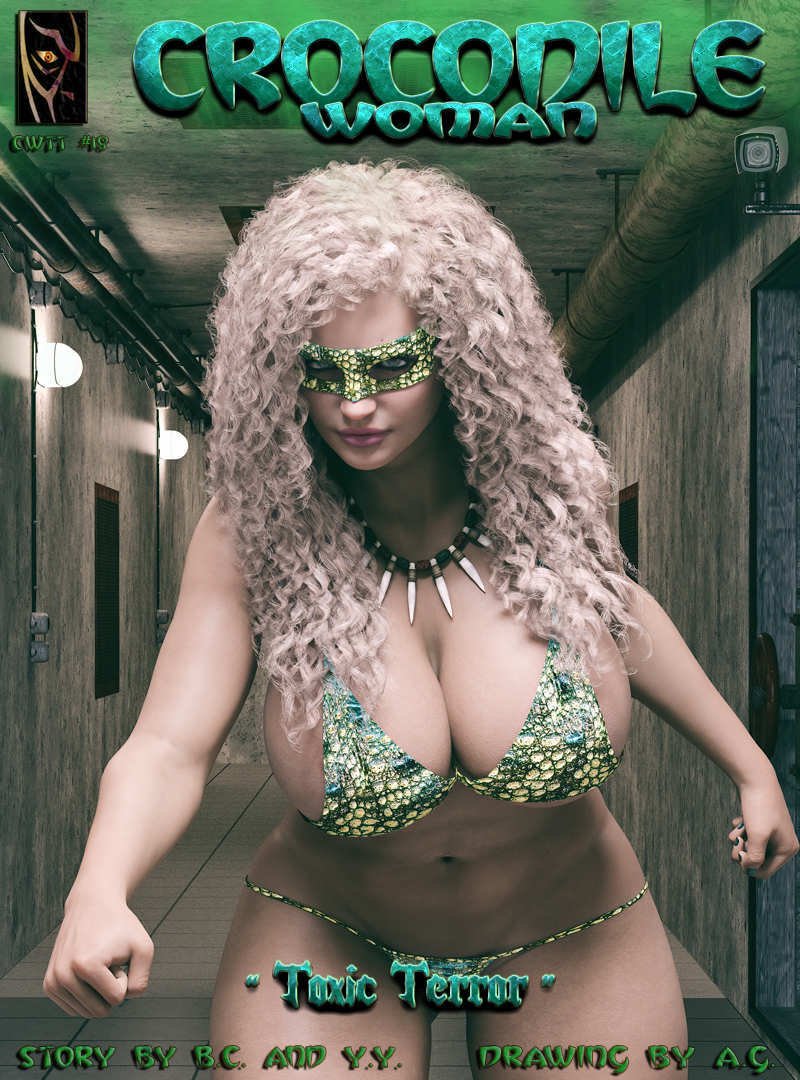