"Uuuuuuuuuh...Uuuuuuuuuh" moaned CROCODILE WOMAN as she slowly regained consciousness on the soft muddy ground in the dense MELACCA SWAMP. Lying on her back, the Super She Croc was naked except for the croc mask that covered the upper part of her beauteous face framed by her wild loose blonde hair.

Crocodile Woman vaguely remembered why she had come to the swamp. The Super She Croc was investigating a series of bizarre events which was affecting wildlife in the Northern Territory. Animals not normally considered harmless had been transformed to dangerous creatures with mutant abilities. As she tried to clear her head, Crocodile Woman remembered encountering dingoes and kangaroos that were strong and driven by rage to attack people.

She remembered fighting a group of men who were dumping toxic waste into the swamp which served a confluence of many rivers which flowed out of the swamp. The Super She Croc remembered then managed to escape when she went to investigate whether the chemicals they had dumped into the swamp had affected any of the animals. As her head reeled from dizziness as she lay on the muddy ground, Crocodile Woman's sore immense firm creamy bust and her throbbing vast shiny pink cunt reminded her of how she was ambushed by koalas which pinned her to the ground , pawing her in her breasts and cunt until she orgasmed and put her to sleep by making her smell her own cum. 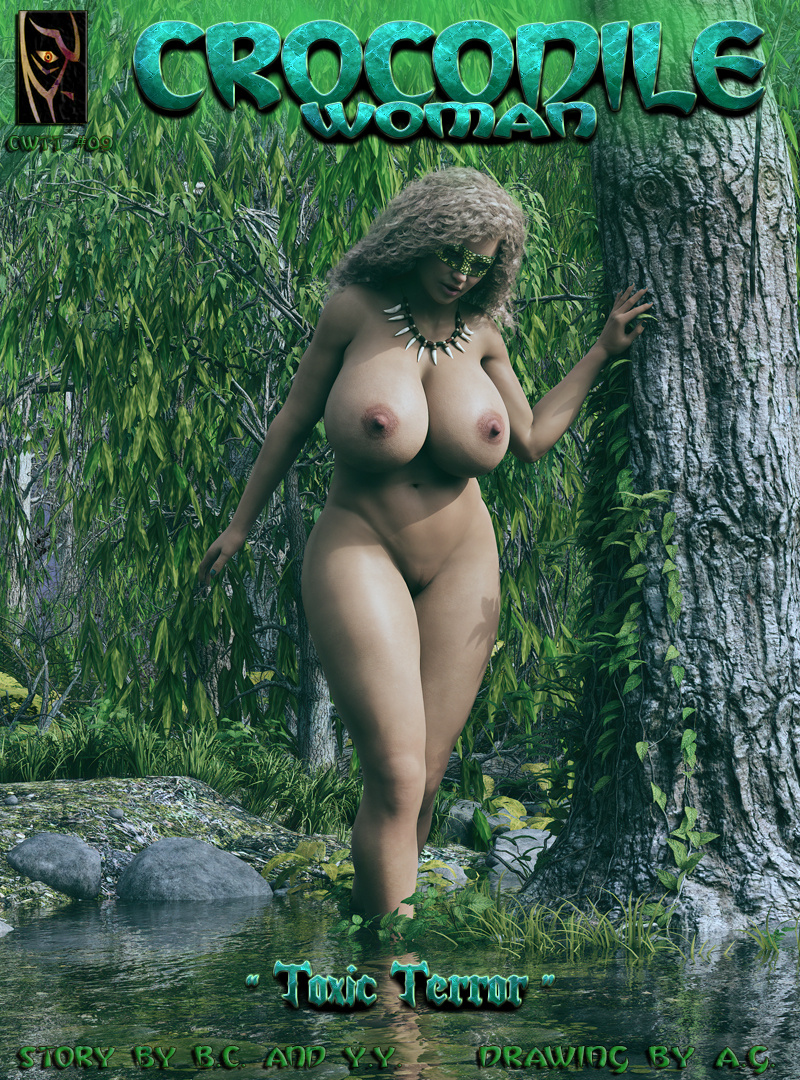