Hotness in comics is back! Or maybe it never went away?
Here's a good example which seems almost like the perfect dream project for many on this Forum (at least, a PG-13 version of it).

Atlanta-area actress and motivational speaker Melissa LeEllen has created the character Deadly Crimson.
She's a scientist who created a serum which gives her great powers (I'm assuming it's the usual enhanced strength, speed and agility because it doesn't say in the campaign). Then she is recruited by a corporate guy who hires her as an assassin (although it's not clear why all of a sudden she's Ok with killing people). But meanwhile, she also has a husband and daughter whom she has to protect while (I would assume) hiding her secret from them all the while.

It's a great comic book idea, as well as a possible TV show, and it's not very original (you could think of Electra, Executive Assistant Iris, Jennifer Blood, LadyKiller, Painkiller Jane, Ravager, and other similar premises, even Black Widow to some extent). But the presentation is very appealing (as you can see below) and very much a throwback to the excellent 1990s. And the whole premise of a nerdy buttoned-up scientist transforming into a super-hot assassin is rather stimulating, one would imagine.

One of the things I like best about this project is that this is a very sexy character, created by what seems like a very creative and vivaciously beautiful woman in 2022. Being from Georgia, even if she is involved in the film scene down there, she is still most likely "based", so I'm not surprised she did this, but it's still refreshing when overwhelmed with so much stuff in the opposite direction from industry types, especially those who are deliberately committing "gingercide". And nothing against Cara Nicole's Firebitch because I've backed all of her campaigns, but Deadly Crimson seems lot more serious and less whimsical. There's room for all attitudes, as long as the results end up like this!

Another aspect which makes this character somewhat similar to Cara Nicole is that the actress herself plays the part at Comicons, and has fashioned a gorgeous, tight costume to help sell the comic at conventions (see below). Do you want to see Deadly Crimson appear at the Comicon in your town? You bet you do!

The campaign has two weeks left, and you can pick up both Issues #1 and #2. That's what I'm gonna do right now. Back it if you choose: 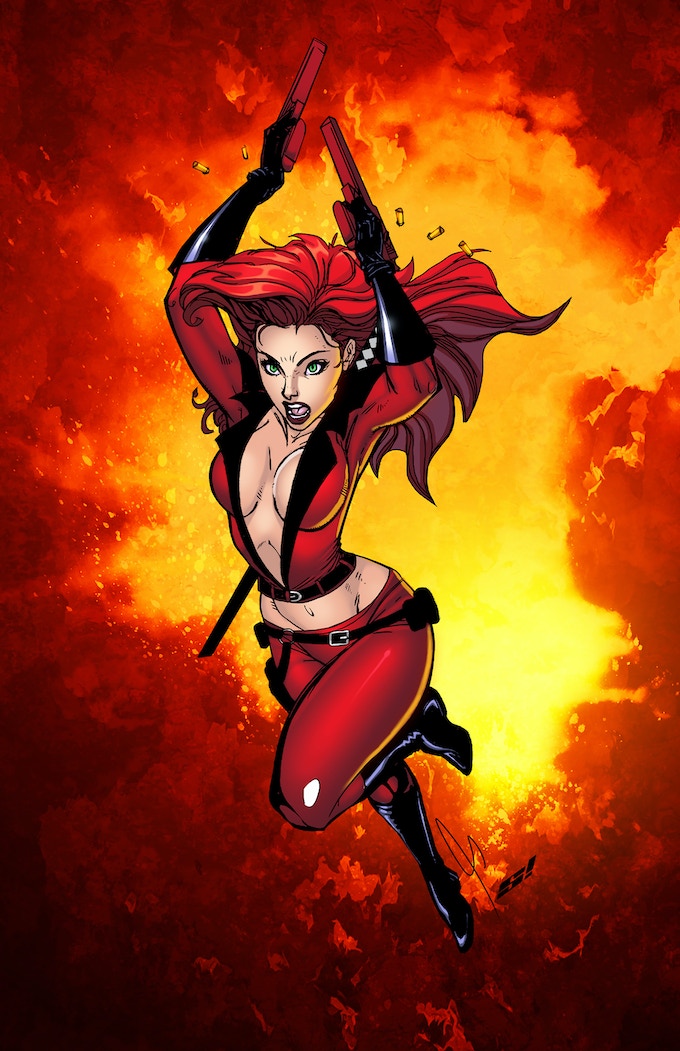 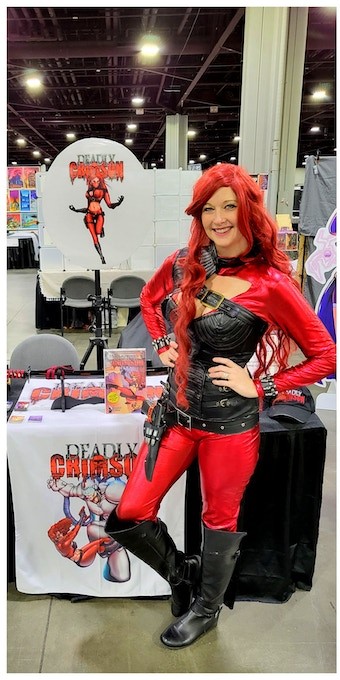