Once again proving why Singapore's Artgerm (Stanley Lau) is so ahead of the pack,
and why his cover work for both DC and Marvel has sold well in portfolio form.
I follow him on Twitter, and so this tweet appeared tonight in my feed.

This tribute cover for the Harley Quinn 30th anniversary isn't one of his famously seductive 'soft focus' covers.
Instead, it's a homage to Harley's first-ever appearance in a comic book: the Batman Adventures #13 in 1992.

But in this tribute, we've got the gorgeous Harley and Poison Ivy dominating the situation in their tight sexy costumes, while
Batgirl is depicted as tied up in the corner. (not sure why she isn't also gagged, but hey...)

Batgirl1969, this seems like a perfect scenario for you to emulate, if you haven't done so already!
(especially since the reader is placed in the vantage position of Batgirl) 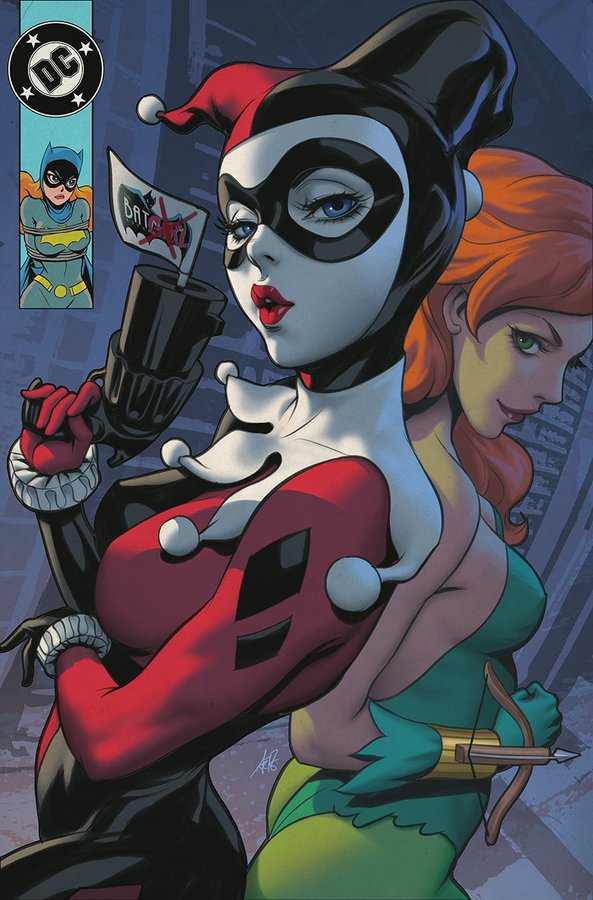 I think Batgirl isn’t gagged so she can have that perfect petulant expression revealed, which is a nice touch.
Top