I was wary at first, but it's Rocksteady. I should have been more trusting. And I don't say that often/ever.
Top

unfortunately the release has been delayed
Top

Looks like most big game releases are hitting delays these days. Most of these projects have been in development for years and the disruption of the Covid pandemic has taken months of productivity off them.
Top 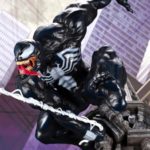 One delay at least has been quite the standard for some years already, then around a year to fix too many issues in the games after the launch.
Top

When I worked for Sony the attitude was you either ship or lose your job. Only time there was a delay was when two games in the same genre were released near each other so they pushed one back. Normally Sony blows a gasket on delays.
http://www.dangerbabecentral.com 100% Mr. X
Twitter https://twitter.com/mrxdbc
Deviant Art http://mrxdbc.deviantart.com/
Top

After the disaster with cyberpunk its best companies do not announce release dates or even the year until they are absolutely clear on the state of the game and that it will be playable without a million glitches. CD project red has delayed its Witcher 3 upgrade again and Bethesda's Starfield is going to be delayed, if they stopped announcing release dates then they wouldn't have to say its delayed lol.

The thing is if you're a company with shareholders you have to say when you're releasing a game, and there comes a point where, because of the shareholders, that game has to arrive. Whether it's a CP2077 looking mess or not.
Top
9 posts • Page 1 of 1