OK, this technically is not a superhero book, but I would imagine it's of strong interest to comic fans in the Forum.

Wickline has written for many of the publishers who would be considered more on the sexy or 'bad-girl' side of the comic book industry, such as Zenescope (Grimm's Fairy Tales, Arabian Knights), Avatar/Boundless (Lady Death, Jungle Fantasy), and Top Cow (Artifacts, Tales of Honor, The Freeze), and he is an editor at Dynamite Entertainment.

The cover variants are by some of the best artists in the industry known for drawing really beautiful females, especially Stjepan Sejic (Witchblade, Sunstone) and Mirka Andolfo (Wonder Woman). The covers are shown below:

The synopsis: "Alex is a photographer for an ad agency who leads a fairly quiet and reserved life. He gets a call one day from a friend, asking him to fill in on a photoshoot in the Valley. The swimwear shoot is on a set where he has a chance encounter with Karma, one of the lead models. Karma is fiercely independent woman who is working on being more than a star, but a brand. In Alex she sees someone new to her world, unjaded by it. Someone with a fresh eye… and she thinks it could be fun opening his mind to new adventures. " 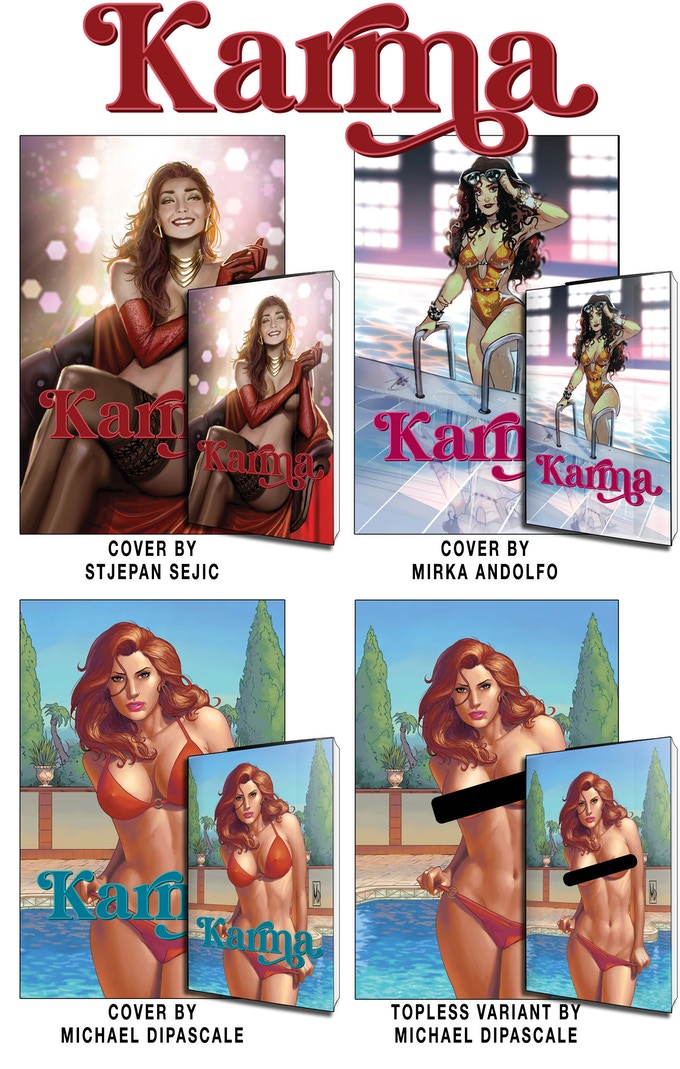 This belongs in Misc Topics Forum.
the Scribbler