Now that Ben and Wayne have their scripts (and all of their photo references) for Heroineburgh Comics #3, we can start occasionally
posting some great updates for the issue which will come out later this year.

But the first art that's shaping up to be included in the book isn't from our interior artists.
It's from a new addition to the pinup lineup - Pittsburgh's own "Admiral Jamie Apgar".
He is friends with our actress Serra, who plays high-tech heroine X-Machina in the series, and he had previously drawn some
portraits of her in civilian attire. So I asked him to do a pinup for Issue #3, and so far he has come through with aplomb,
"making science sexy again." We'll have to see what his coloring style looks like when he's done but here are the preliminaries:

A sketch of Serra herself in the X-Machina costume. 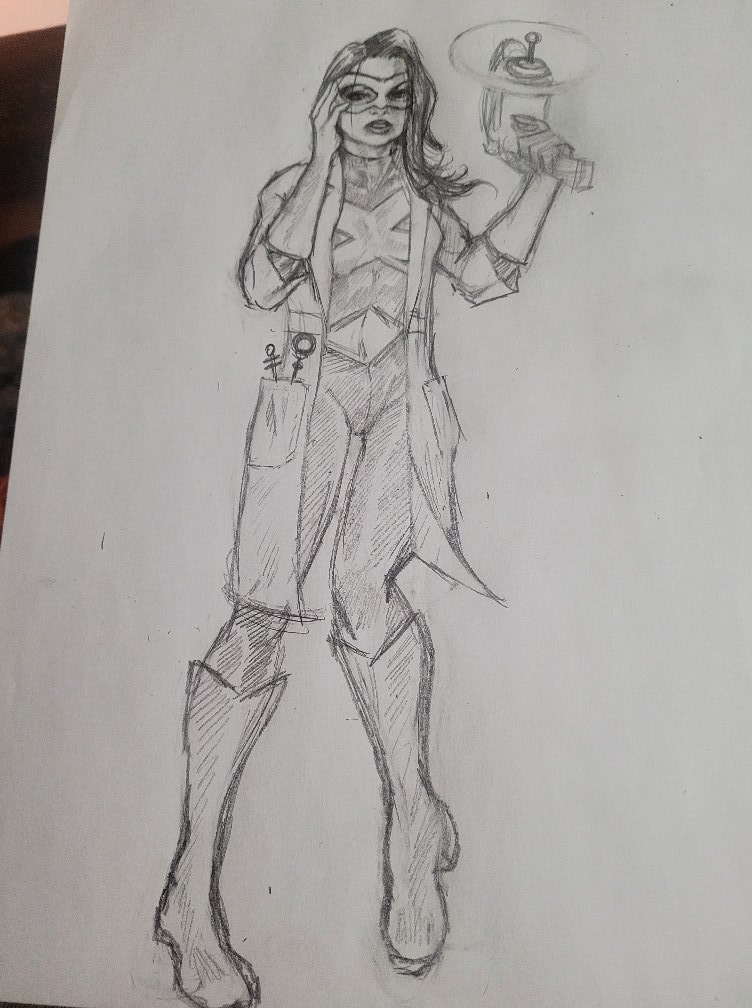 Then, inking her figure and placing her over a science laboratory background..also adding her heroine logo.
She is looking hot! 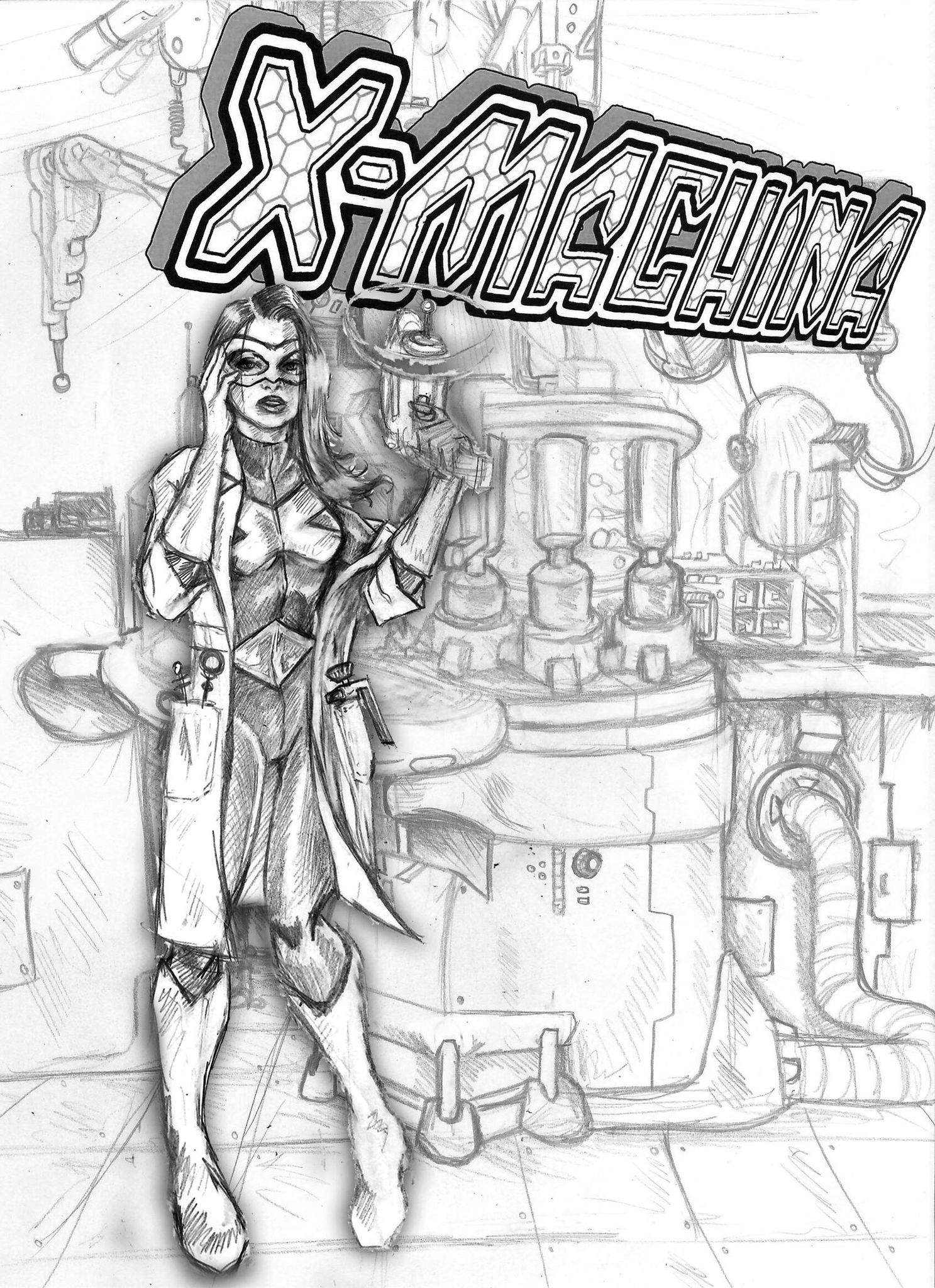 Wayne comes up first with some preliminary art. This is the splash art for Page 9 - the first page of Wayne's story.
Devorra the Queen Bee meets with Drake and Vaporia (of the Black Faction) at their secret warehouse location to plan an attack that will discredit the superheroines.

I love the cool logo that Wayne came up with for Devorra!

Of course he will add a few more details, such as the 'veining' in Devorra's wings, and a sound effect (probably 'Bzzz') to indicate that she's hovering in the air. 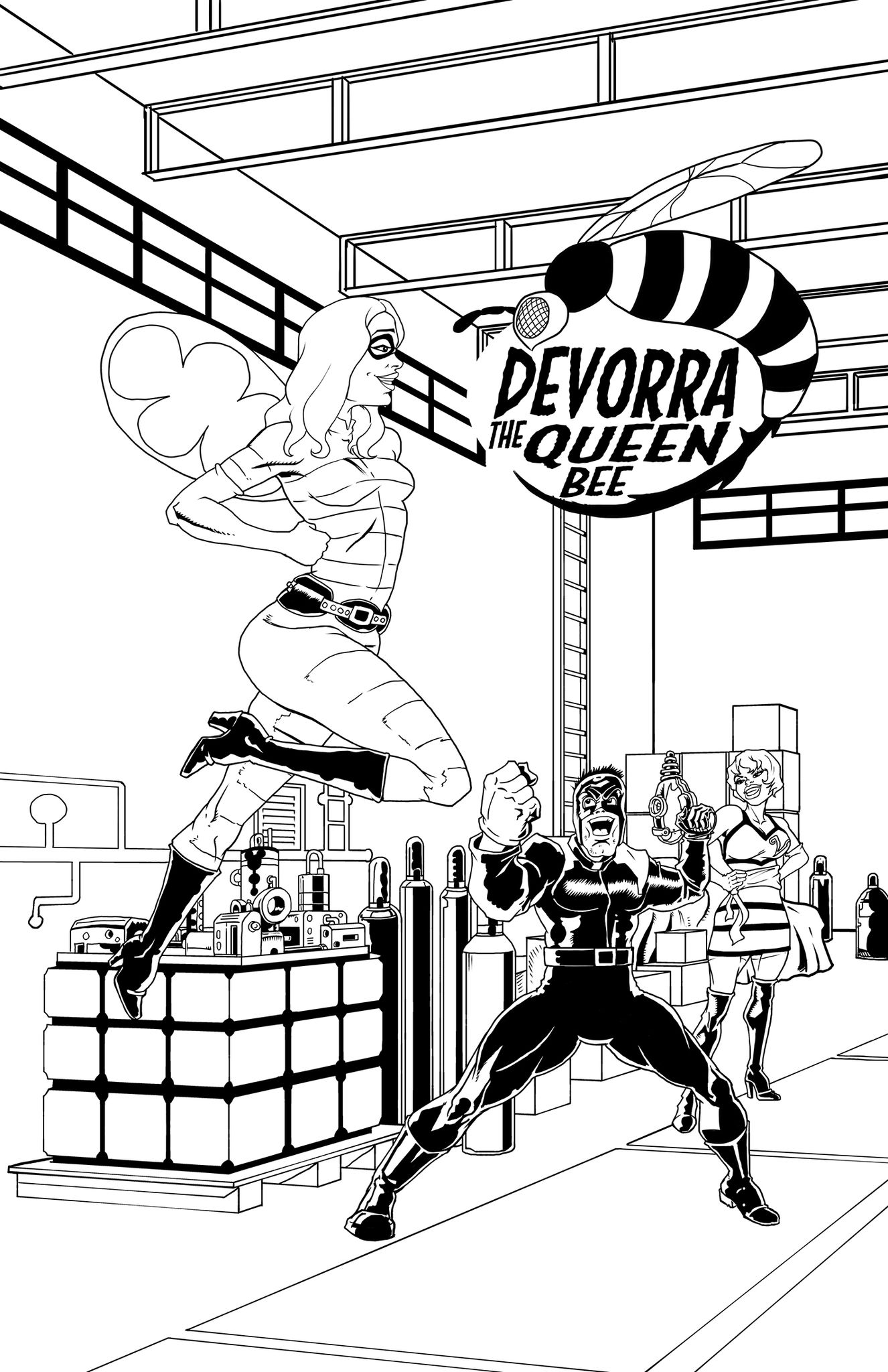 SunSpot Image Courtesy of NASA/SDO and the AIA, EVE, and HMI science teams.