The Countdown To The Final Battle Begins After Supergirl 8!

The countdown to the final four chapters begins after Supergirl 8! Yes, folks....Supergirl 12: The Fight For Justice will be WON/MMP's Supergirl final installment...We hope to have our star Kaycee Anne continue to play the girl of steel and remain with us until the series ends...

This decision has been two years in the making...The question was how many more chapters could the Supergirl Series go to..under Jac Ledoux..the goal was to do six...But then when Jac stepped down, Kaycee took over and along with Linda Hines...New energy and excitement fuel the series and has been able to stretch the series out a little bit more to the point were 3 spinoffs have been created and will still be active once the Supergirl installments end. So once again, these are the official titles to the final four Supergirl installments. Once again, We hope to retain Kaycee Anne for the final 4 installments of the series & are looking at 2021 or 2022 for the Supergirl Underwater Peril Series to come to an end. Although, the Supergirl series will end after Supergirl 12..the WON/MMP Superheroine World Underwater Peril Series will continue..with some occasional appearances by Supergirl (Hopefully, Kaycee Anne remaining in the series)

So keep your eyes peeled for updates on the production date for WON/MMP's Supergirl VIII: Avenging Force which will star Kaycee Anne as Supergirl & Linda Hines as "EVIL" Superwoman 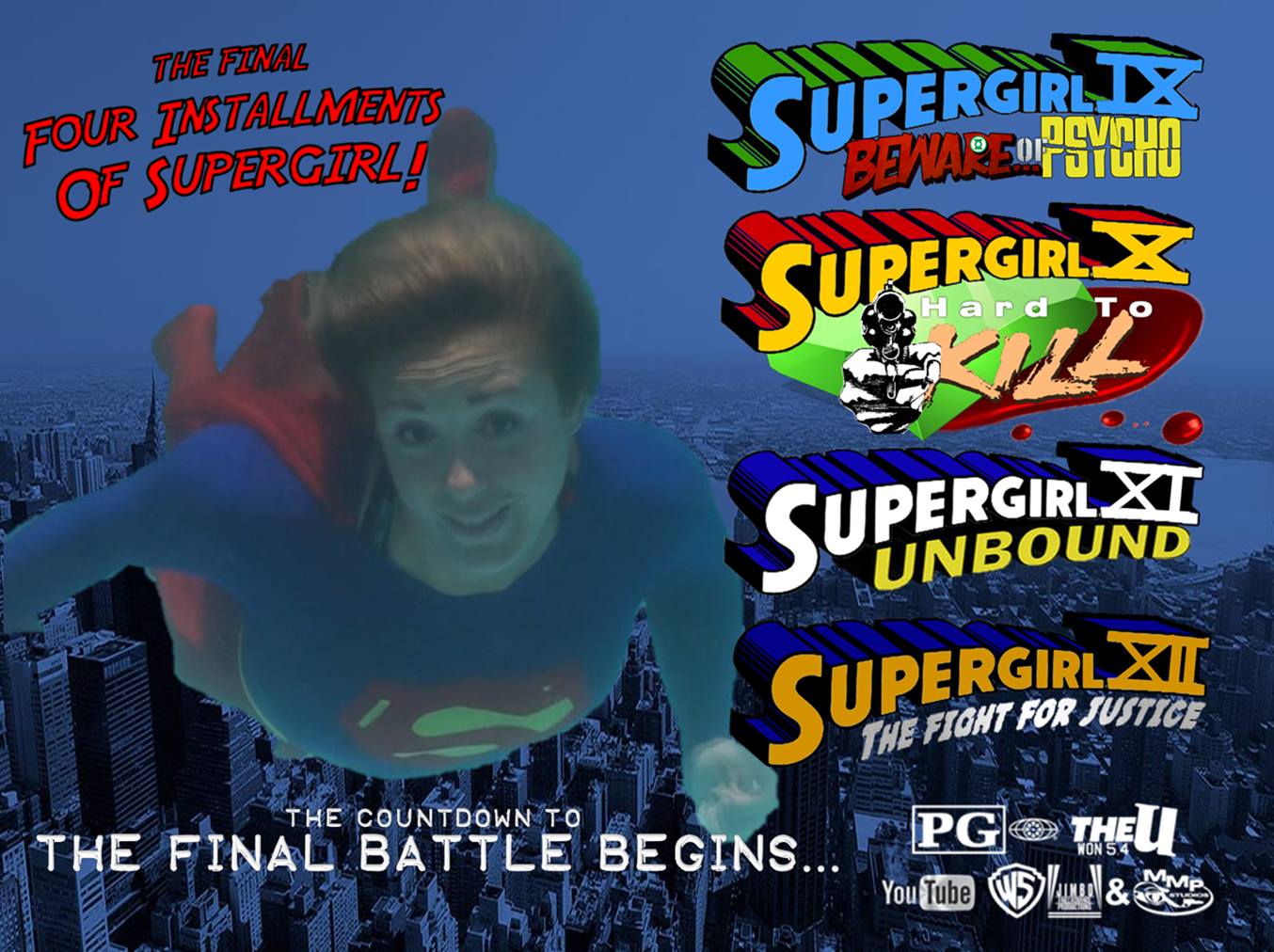